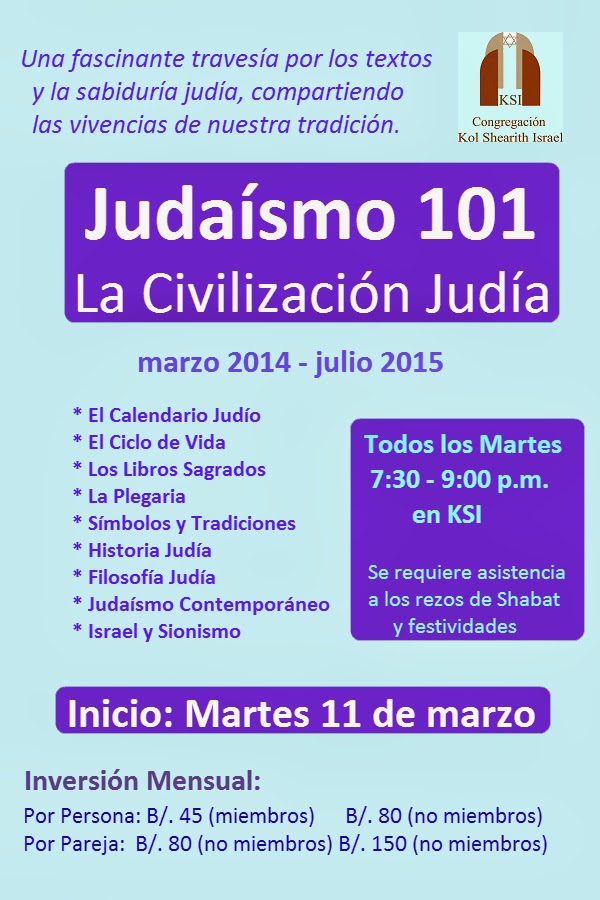 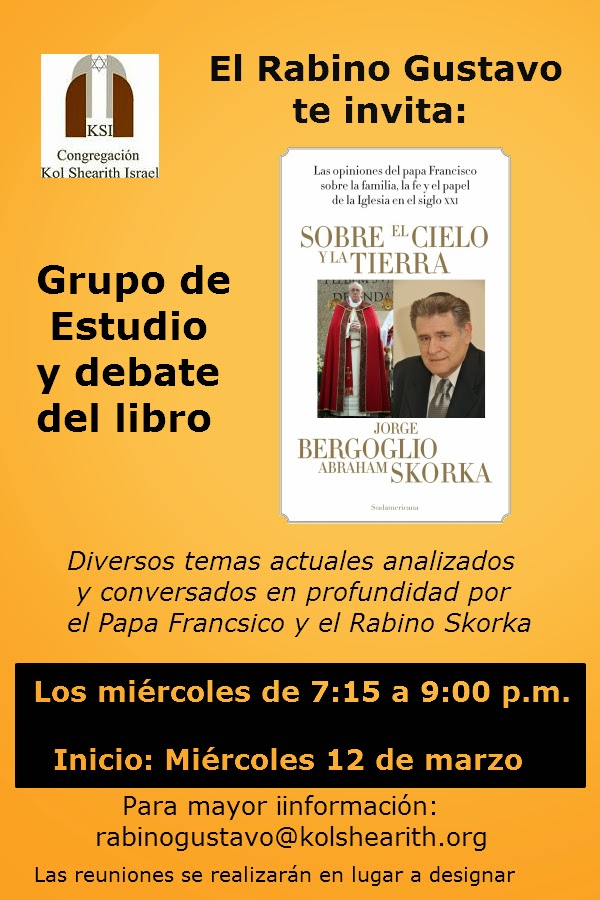 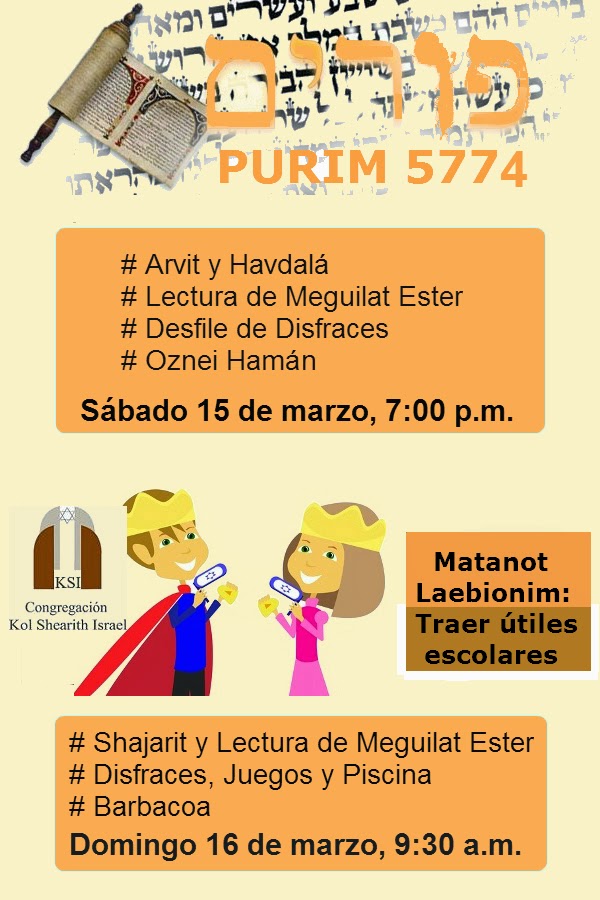 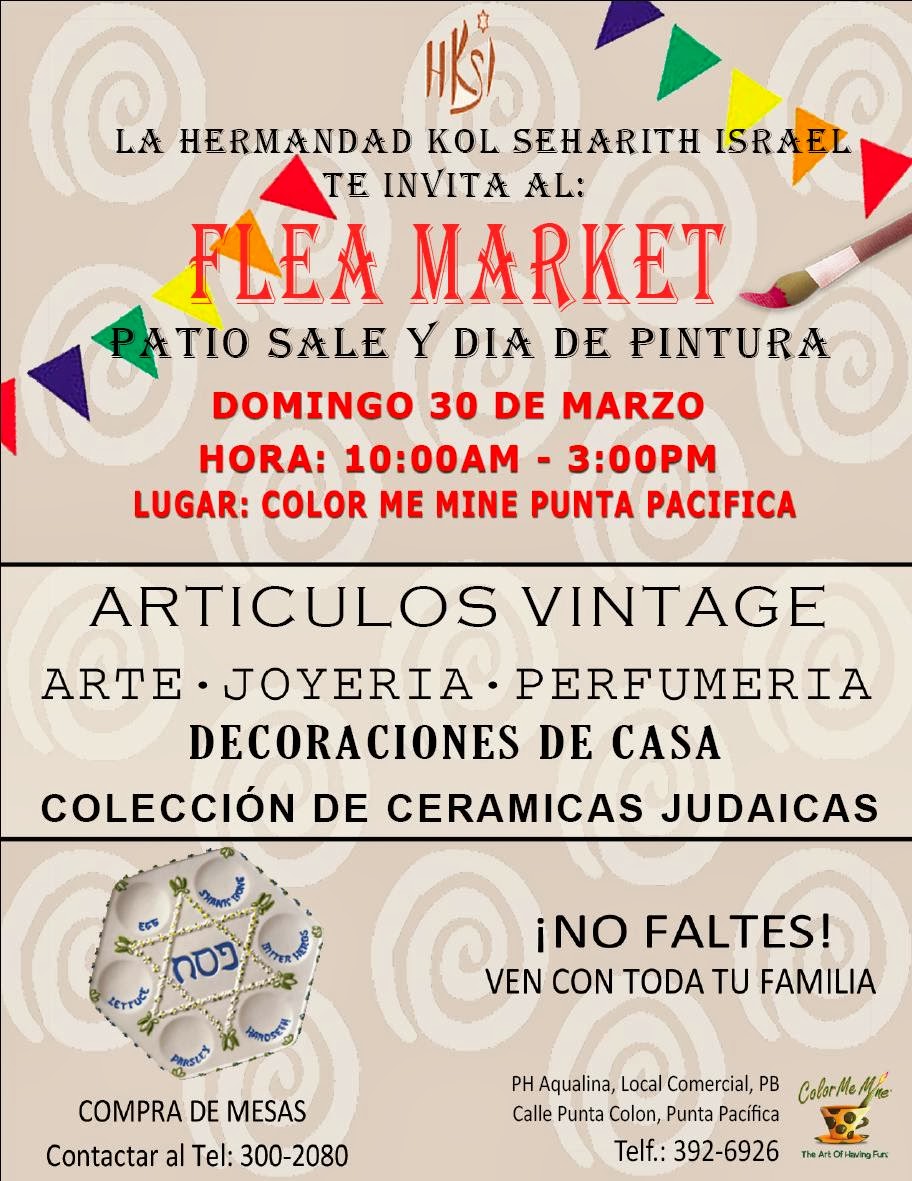 The Torah devotes just a couple of chapters to the Creation of the world, while consecrating 13 to the building of the Mishkan, tabernacle (Exodus 25 to 40, except for chapters 32 to 34, which tell the story of the golden calf).

For years I used this simple comparison as a quick answer, every time that the subject of the origin of the world came up in a conversation, as well as the apparent contradiction between science and religion.  The Torah is not a scientific book, and its does not intend to explain how the world was created; hence, the allocation of just a few verses to the subject.
Leer más »
Posted by Gustavo at 15:58 0 comments
Labels: Rabino Gustavo, UJCL 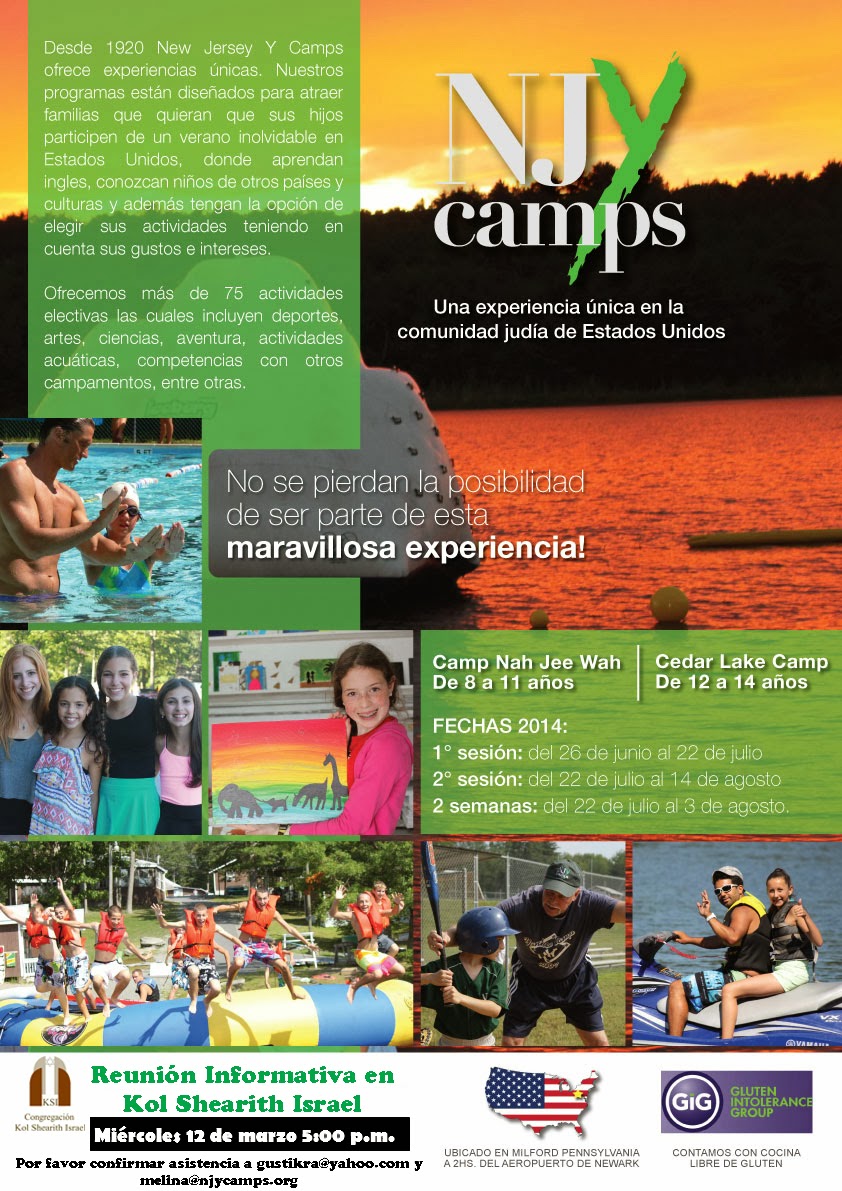 
This week’s parashah continues with the description of the sanctuary, its rituals, utensils, and other elements.  It is in this context that Moses tells the people of Israel that God chose Bezalel, son of Uri son of Hur, of the tribe of Judah, and Oholiab, son of Ahisamach, of the tribe of Dan, to lead the esthetic designing of the place for meeting and worship for the people of Israel, during their journey through the wilderness.

According to Rashi (commentary on Shemot 24), Hur, Bezalel’s grandfather, was born from the union of Miriam, Moses’ sister, and Caleb ben Yephuneh, who together with Joshua bin Nun were the only scouts who visited the land of Israel and came back with a positive report, saying that the conquest of a land where milk and honey flowed was actually worthwhile.  According to the midrash (Shemot Rabbah, Ki Tissa 41), this same man, Hur, tried to prevent the building of the golden calf and died as a result; in addition, he is mentioned in the Torah as one of the men who held up Moses’ arms in the battle against Amalek.
Leer más »
Posted by Gustavo at 1:02 0 comments
Labels: Rabino Guido, UJCL 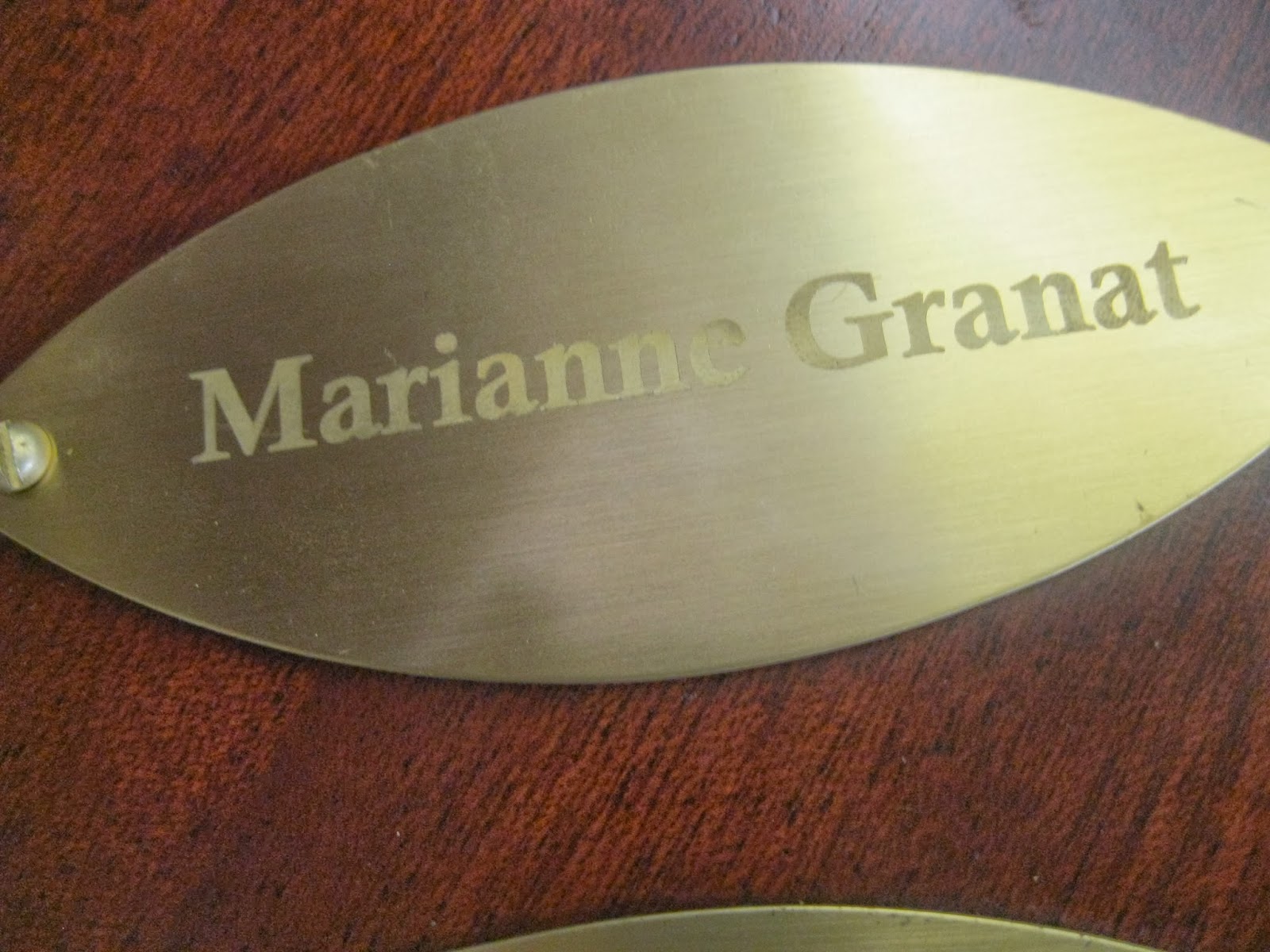 This week’s parashah includes a very famous story: the building of the golden calf by the people of Israel.  Moses climbed Mount Sinai to receive the tablets of the law and deliver them to the people.  The people, seeing that Moses didn’t come back, asked Aaron to build them an idol that would guide them.  Moses, full of wrath at seeing that the people had removed themselves from God’s path, broke the tablets of the law.

This episode was, and is, extremely controversial.  Why did Moses do such a thing?  The people were doing wrong, but to break the tablets sculpted and written on by God?  Was that necessary?  There are those who defend Moses, and those who condemn him.

Almost at the end of the parashah, we are told that God said to Moses: “Carve two tablets of stone like the first, and I will inscribe upon the tablets the words that were on the first tablets, which you shattered” (Shemot 34:1).
Leer más »
Posted by Gustavo at 10:12 0 comments
Labels: Rabina Daniela, UJCL 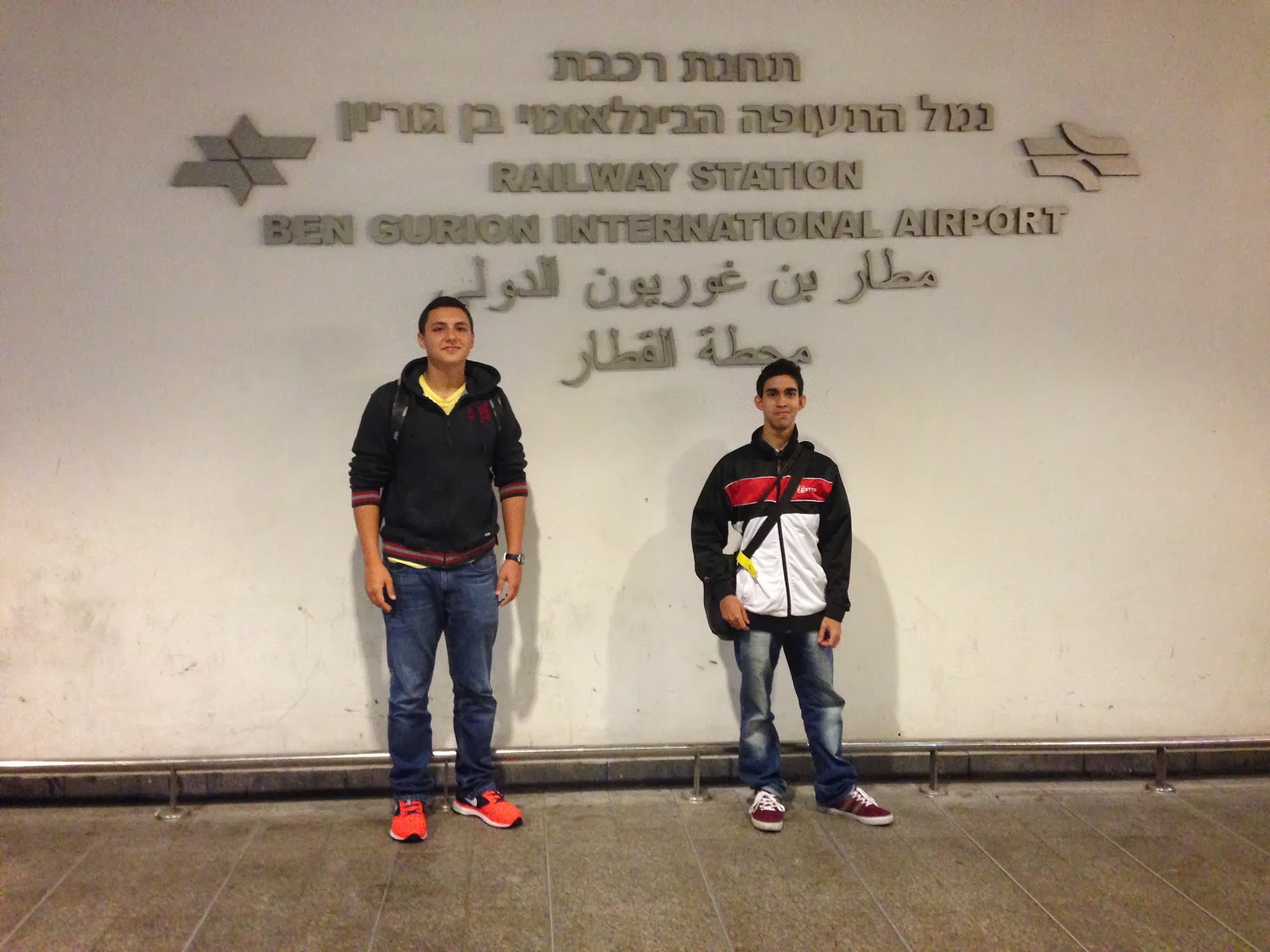 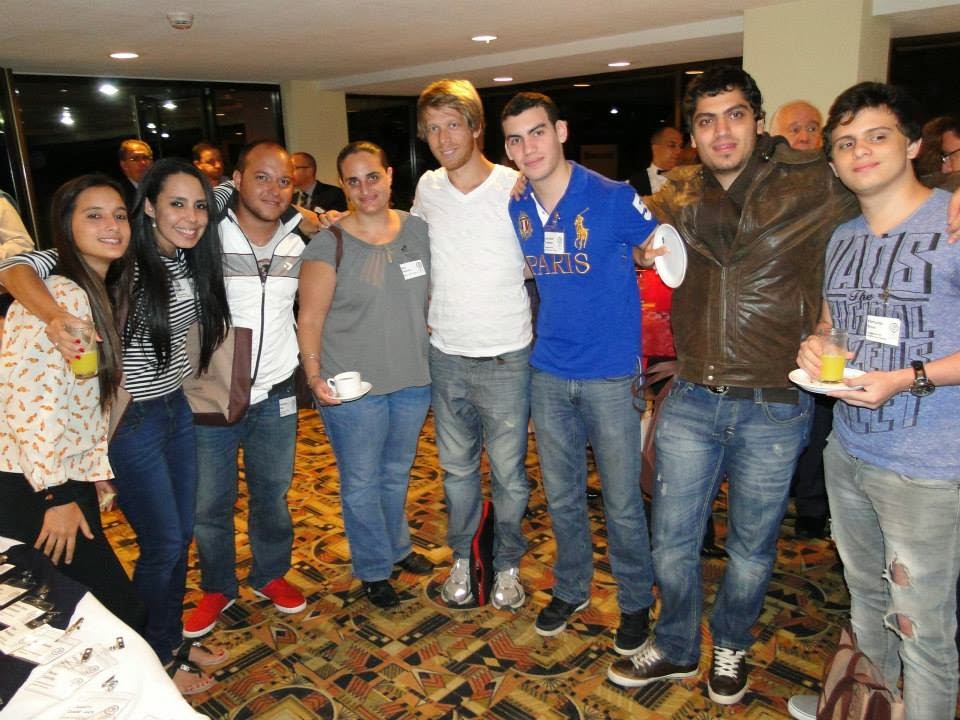 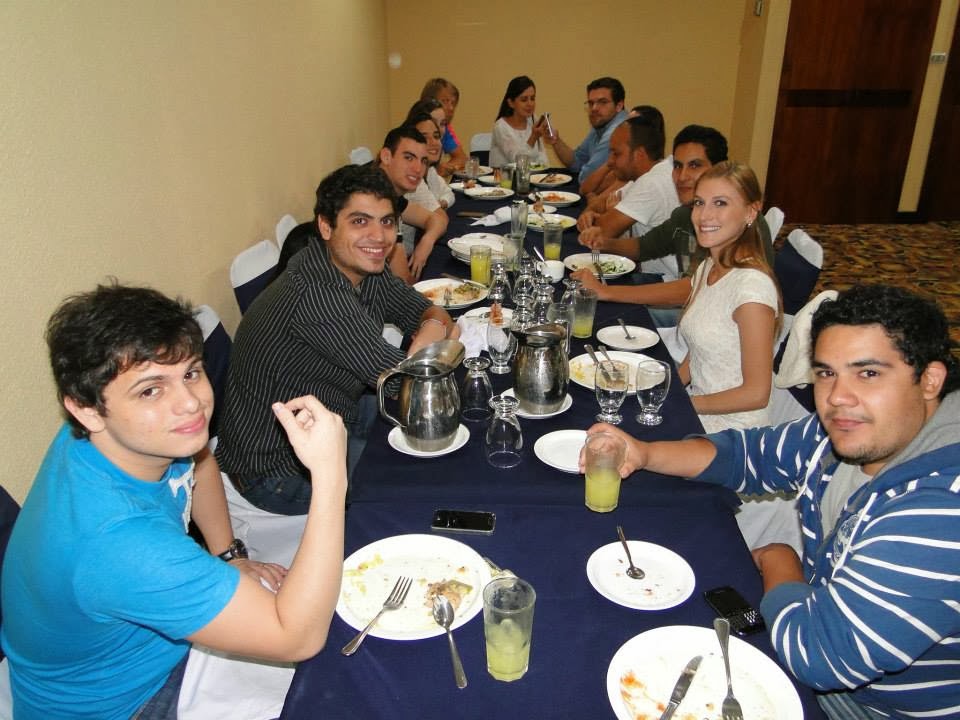 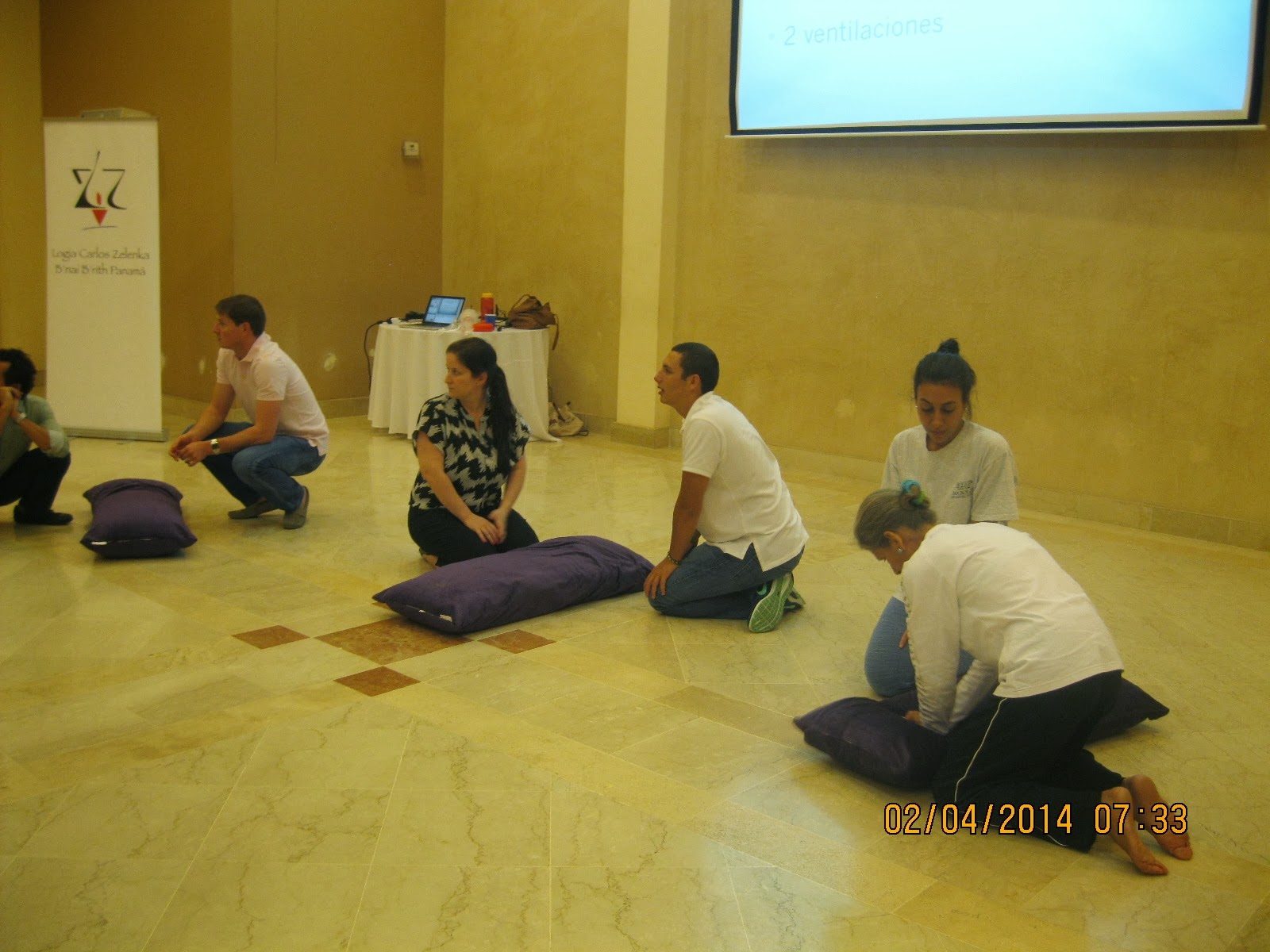 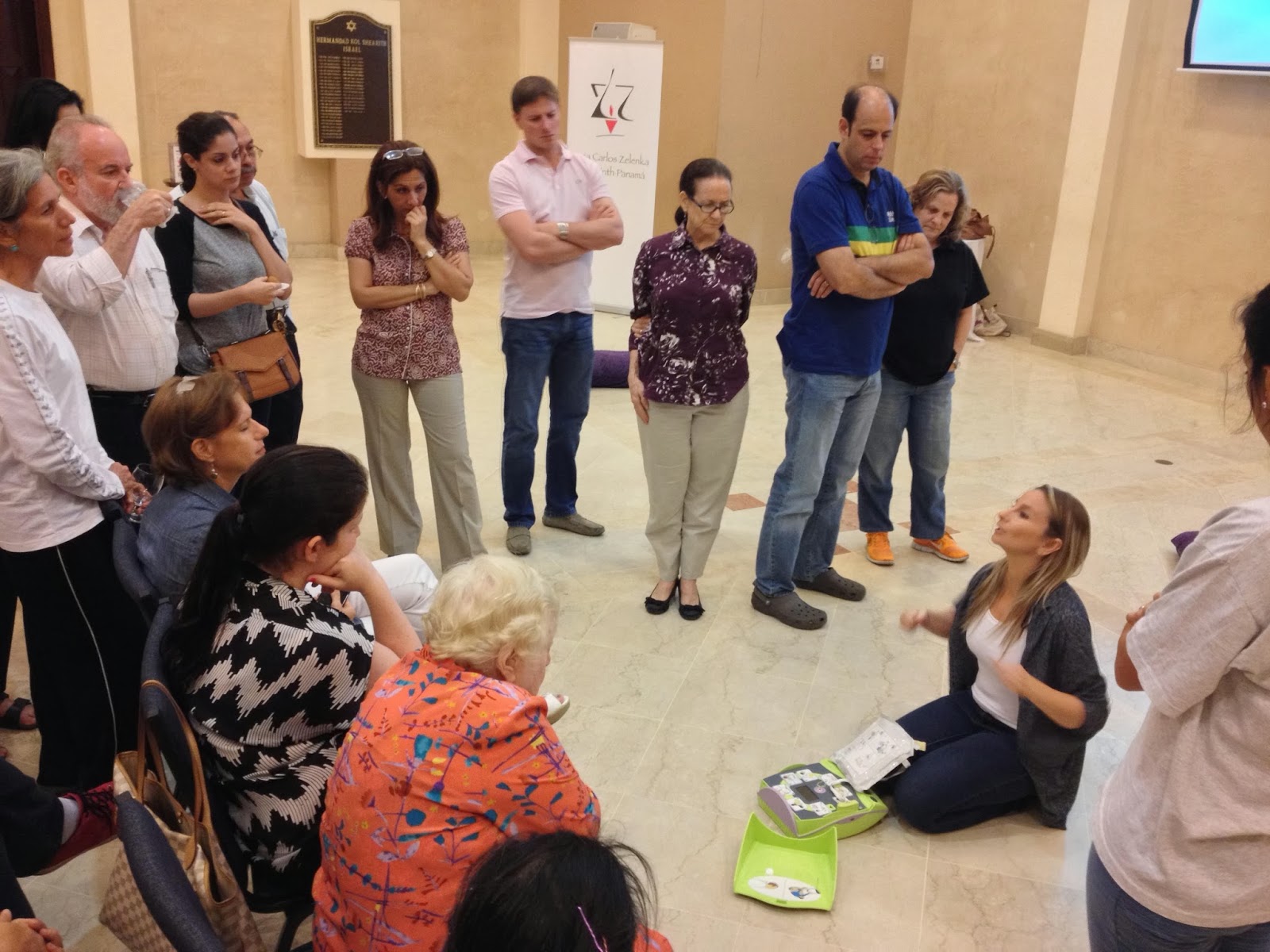 Tetzaveh: The Eternal Light Lights Up the Path to God

This week's Torah portion, Parashat Tetzaveh, begins with the following words: “Command the people of Israel to bring to you pure oil of pressed olives for the light, to keep a lamp burning continually” (Exodus 27:20).

Our parashah describes the ner tamid, the eternal light, first in the tabernacle, later in the First and Second Temples in Jerusalem, and then in the synagogue.  A ner tamid hangs above or to the side of the ark in every synagogue.  It is connected to the continuously-burning incense altar which stood in front of the ark in the Jerusalem Temple (First Kings, chapter 6).  It is also associated with the menorah, the seven-branched lamp stand which stood in front of the Temple in Jerusalem (not to be confused with the Hanukkah menorah, also called a Hanukkiah, which has nine branches).
Leer más »
Posted by Gustavo at 14:12 0 comments
Labels: Rabino Dana, UJCL 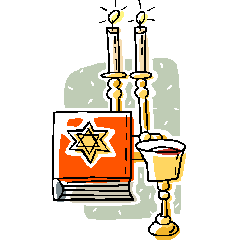